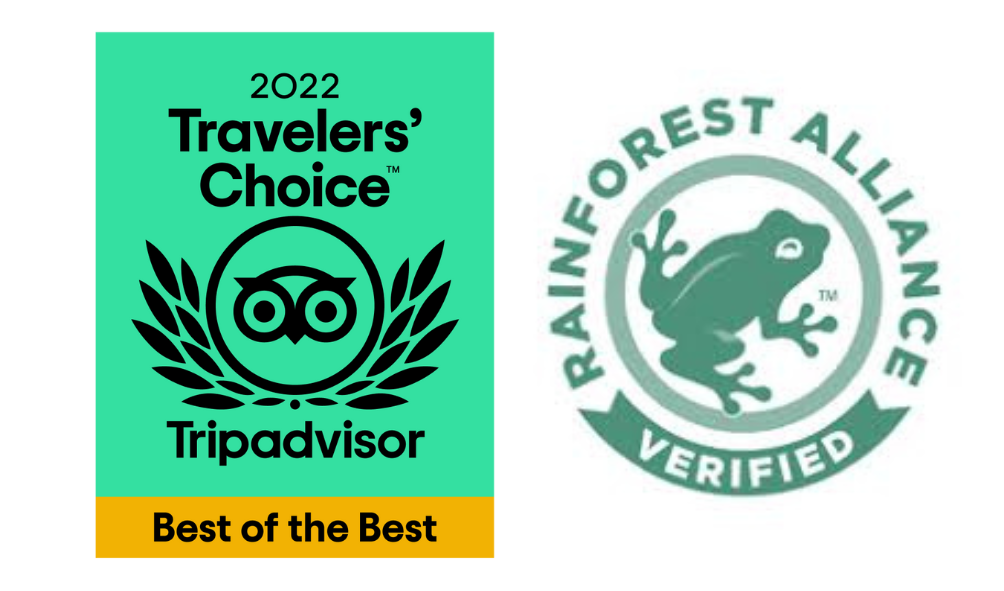 Chilamate Rainforest Eco Retreat is a family run conservation and sustainable tourism project in the heart of the rainforest in Chilamate, Sarapiqui, Costa Rica. 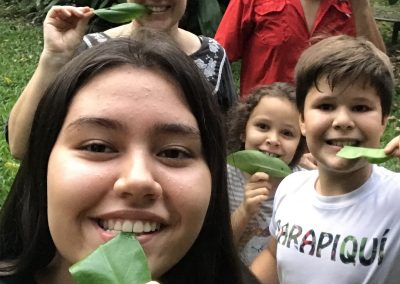 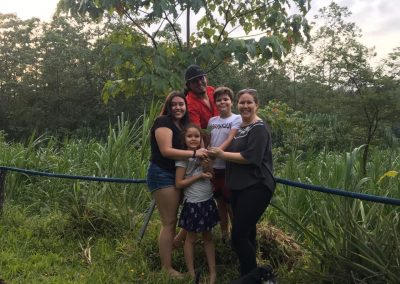 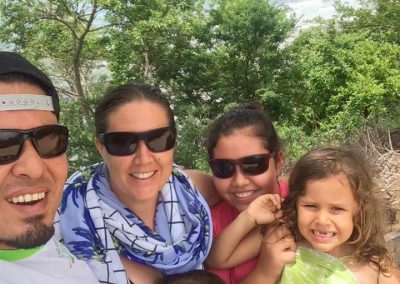 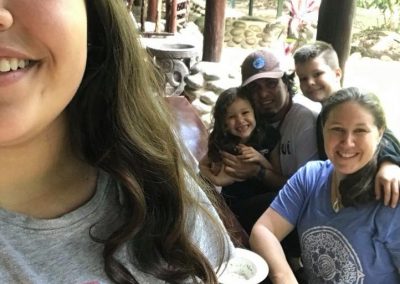 Chilamate Rainforest eco Retreat was born out of the couples dream to work together on a project that would benefit the local community and also the critical  section of the Mesoamerican Biological Corridor where Davis and his family have traditionally lived. Chilamate is one of the richest parts of Costa Rica in terms of biological diversity yet one of the poorest areas in Costa Rica by economic standards, in most part because of the huge banana and pineapple plantations that dominate the region and the generally low paying and dangerous jobs they offer as well as the influx of struggling Nicaraguan migrant workers they attract.

Meghan and Davis began to see their dreams come true in 2006, when they stumbled across the 55 acres of Sarapiqui Riverfront and lowland tropical rain forest property that is now Chilamate Rainforest Eco Retreat. The original owners had refused to sell to anyone that was not from Sarapiqui or anyone who was not committed 100% to continuing to preserve the area and were thrilled to meet Meghan and Davis and made it very easy for them to purchase, even though they never had the money to do so! The couple wrote proposals and sought out supporters and over the next few years they managed to build what is now Chilamate Rainforest Eco Retreat (CRER).

From the beginning they sought out Rainforest Alliance and their Guidelines for Sustainable Tourism and Davis and a few helpers worked in harmony with the forest, building the cabins, the common areas, the Jungle House Lodge, the Family Suite and the covered walkways that connect all of the parts that make up the Retreat. Davis, foreman, designer, plumber, electrician (amongst many other hats!) works hard to build ecologically and always recycling materials wherever possible. The couple also use solar power, capture rainwater, use natural lighting and air conditioning, and use only biodegradable environmentally friendly products,  amongst other strategies for sustainable Tourism.

Thanks to their participation in the Costa Rican Bird Route they were able to benefit from two full audits from Rainforest Alliance where they were evaluated on their sustainability practices and also coached on ways to improve. They also received training through the Earth University and their program for small tourism projects called Promoting Sustainable Markets (PROMES) and through that participation they made networks with local sustainable businesses and farmers and were able to have a third full audit from Rainforest Alliance where they were awarded one of the highest qualifications in terms of sustainable practices.

A major part of their project is their work in the community. Even before the conception of Chilamate Rainforest Eco Retreat, they began giving free English classes in the community and they have since developed an Environmental Education program and provide different workshops in the community as well as technology classes. They only hire local labor and procure to purchase as much as possible all of the food and products that they use at the Retreat, from local producers and suppliers. They also promote and support local rural community tourism initiatives as an alternative and sustainable way for neighboring families to benefit from tourism. The couple are very active community members participating over the years in local community development associations, the local Chamber of Commerce, local school boards and the steering committee of the San Juan la Selva Biological Corridor (part of the larger Mesoamerican Biological Corridor).

Through Chilamate Rainforest Eco Retreat and their work in the community their goal is to sustain and expand rainforest conservation in the area and they firmly believe that is only possible if the local community perceives a real benefit from their project.

Thanks to their work with World Leadership School they consistently work with 6 local schools supporting in infrastructure projects and have built recreation facilities, playgrounds, basketball courts, library facilities, and bathrooms, amongst many other projects. They also coordinate home stays in three different communities which links local families to international visitors in a very powerful and mutually beneficial way. They also founded and direct TeachUNITED Costa Rica, a program that connects technology and teacher training in an effort to bring quality education to underfunded rural schools.

Meghan and Davis have seen many conservation efforts fail because there is no local buy-in of the projects. They sincerely believe that the local community has to be involved and benefit from every aspect of their project to ensure that the rainforest conservation is sustainable and will expand in their very critical section of the Mesoamerican Biological Corridor. 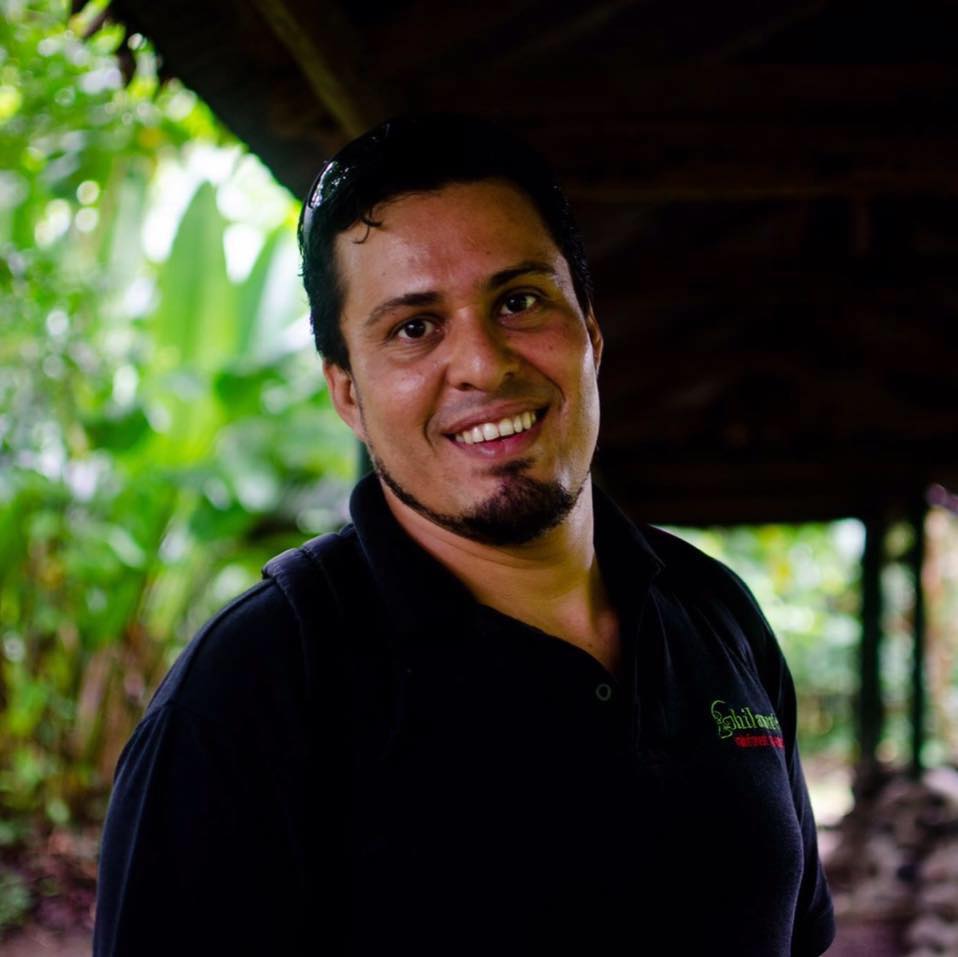 Native Sarapiqueño Davis is the visionary designer behind Chilamate Rainforest Eco Retreat responsible for the innovative construction of the ecolodge and many other projects in the community. He is the architect, builder, electrician, plumber, amongst other hats!

Davis is passionate about conservation and supporting his local community and is an active community member and founding member of the local community Organization Chilamate Activo, and founder of the non-profit Chilamate Rainforest Saturday Soccer Camp and Sarapiqui River School both which aim to keep at risk youth off the streets while giving them access to sports and health and lifestyle coaching.

Davis has been the lead foreman for many local community collaboration projects through World Leadership School including the building of classrooms, playgrounds, and a library and auditorium space. 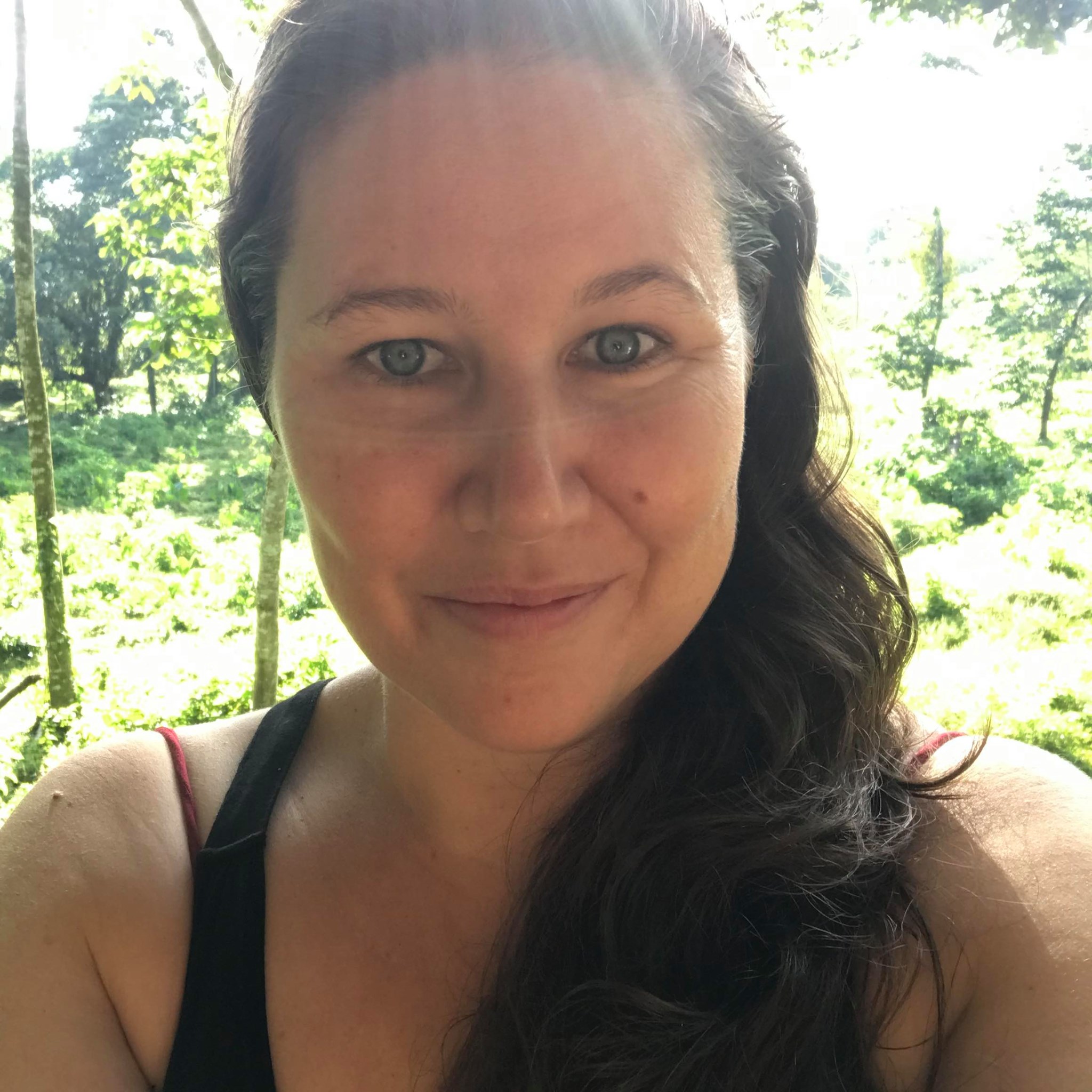 Meghan is the smile that will typically welcome you to Chilamate Rainforest Eco Retreat and make sure you are well cared for.

Meghan served as President of the Chilamate Elementary School Administrative Board for 10 years and she is the Costa Rican Coordinator for World Leadership School (since 2009) and Academic Experiences Abroad (since 2013), World Leadership Foundation Board Member (since 2012) and is an active member of the local women’s group (since 2006). She has also continued her studies, at the Peace University, where she has taken courses in Entrepreneurship, Innovation and Social Change, Measuring Impact, Skills for Effective Negotiation, and Educating in the 21st Century, amongst others in a diploma program (Diploma in Social Innovation) that she finished in April 2014 and she is currently working on a Masters degree in educational leadership with the Rioja University in Spain.